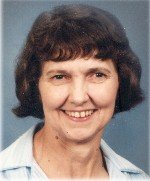 MAGUTH – Marie Ann “Marian”, 84, of Johnstown, died  September 27, 2019 in East Taylor Township.  Born March 8th, 1935 in Johnstown, daughter of the late Baila “Bill” and Anna (Buckus) Bartok.  Preceded in death by her husband, John E. Maguth, who died September 4, 1998, ending a marriage union of 43 wonderful years.  They were married May 28, 1955 at St. Therese’s, in Johnstown.  Also preceded by sister, Carolyn Boser and sister-in-law Rosemarie Kocher.  Marian is survived by her sister Margaret “Peggy” Becker, wife of Marvin Becker and several nieces, nephews, cousins and friends.  Member of St. John Vianney Roman Catholic Church, where she was a Lector and member of the funeral choir.  She was also a member of the Jackson Township Lioness/Lions Club and served as a volunteer at the Nanty Glo Miners Food Pantry.  Marian traveled to all 50 states, Europe, Australia, and New Zealand.  In her early years, she had been employed by the Social Security Administration in Johnstown and had worked for the Navy Department as a Civil Servant.  She had a love for the outdoors, watching and feeding the birds and deer or caring for any animal was a constant passion.  Friends will be received from 2-4 and 6-8 p.m. Friday at the Askew-Houser Funeral Homes, Inc., Nanty Glo, where a vigil prayer service will be held.  Funeral Mass will be held at 10:00 a.m. Saturday at St. John Vianney Church, the Rev. Andrew Draper, TOR, celebrant.  Interment at Grandview Cemetery, Johnstown.   In lieu of flowers, donations in Marian’s memory may be made to the St. John Vianney Restoration Fund.

To send flowers to the family or plant a tree in memory of Marian Maguth, please visit Tribute Store
Friday
4
October

Share Your Memory of
Marian
Upload Your Memory View All Memories
Be the first to upload a memory!
Share A Memory
Send Flowers