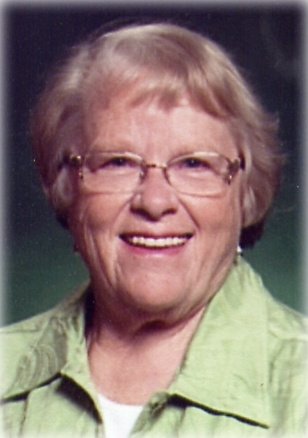 BALL -  Judith L., 83, passed away peacefully surrounded by her family on Sunday, March 8, 2020 at her residence.  She was the wife of the late Patrick Ball to whom she was married for 49 years until his passing on April 19, 2003.  Judy was born on May 18, 1936 in Pittsburgh to the late Howard and Emma (Davenport) Hoke.  Judy often said that she enjoyed every phase of her life.  First, as a stay at home mother until their youngest child was in school, then as an employee in the business office of Central Cambria School District for 26 years.  She and Pat retired to live in Englewood, Florida for eight years before returning to Ebensburg to be among many family and friends.  Judy was a member of the Ebensburg United Methodist Church, where she had been the former church treasurer and a member of the United Methodist Woman’s organization.  She loved her church family.  She belonged to several card clubs and a domino club with friends Ann Makin, Eva Tomb, Suzie Lipps, and Ruth Illig.  She was also a member of the Antique Hat Pins and the Red Hat Society.  Surviving are her loving children: Sally Ball; Patti (Ball) Trotz, and her husband, Joe; Jeffrey Ball, and his wife Carleen (Ray); and Gregory Ball, and his wife Jeanne Jo (Zyga);  six grandchildren: Jennifer Hagens, and her husband Donny; Scott Ball, and his wife Alison (Blososky); Luke Trotz, and his fiancé Samantha Makin; Madison Litzinger, and her husband Charlie; Marshall Ball, and Seth Ball; five great-grandchildren: Devin, Lauren, and Colin Hagens, and Lena and Carson Ball.  Also survived by half-sister, Karen Beth Hoke; sisters by marriage, Patti Manning and Rae Kittel; sister-in-law, Ellen Ball; and several nieces and nephews. She was proceeded in death by sister, Carol (Hoke) Saunders.  Judy loved animals, and leaves her dog Coco to the care of good friends Laurie and Betsy Myers.  A visitation will be held from 2-4 p.m. and 6-8 p.m. on Wednesday, March 11th at Askew-Houser Funeral Homes, Inc. Ebensburg.  A Funeral Service will be held at 11 a.m. Thursday, March 12th at the  Ebensburg United Methodist Church.  Interment at Lloyd Cemetery will be private. In lieu of flowers, memorial contributions may be made to the Ebensburg United Methodist Church, 100 E. High Street, Ebensburg, Pa 15931.

Share Your Memory of
Judith
Upload Your Memory View All Memories
Be the first to upload a memory!
Share A Memory
Plant a Tree