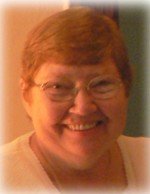 Sister Genevieve Martineck, CSJ, 83, died August 20, 2020 in the 58th year of her religious life as a Sister of St. Joseph. The daughter of George and Irene Nickolay Martineck, Sister Genevieve entered the Congregation from St. Barbara Parish in Bridgeville. After serving 14 years as a nurse at Georgetown University Hospital in Washington, D.C., Sister Genevieve returned to Baden in 1981 to coordinate the arrival and care of 32 Cambodian refugees who were housed, clothed, fed and educated at the Motherhouse for four months. She treasured the experience, recalling that the refugees “came with nothing, yet were so giving of what they had.” From 1986 to 1988, she was Campus Minister at Indiana University of Pennsylvania. With her soothing voice and comforting presence, Sister Genevieve ministered 28 years as Associate Catholic Chaplain at the Ebensburg Center in Ebensburg, PA, where she provided encouragement, spirituality and joy to individuals with intellectual disabilities.  Mindful of their likes and dislikes, Sister Genevieve knew each resident by name, and the residents – some of whom could not speak – were instinctively drawn to her. “When you reach out to people with love, they really respond,” she said before retiring in 2016. When celebrating her Golden Jubilee, Sister Genevieve said renewing her vows each morning inspired her to “always move toward profound of God and neighbor without distinction.” She credits her younger sister with piquing her interest in religious life and decided to attend a retreat at the Motherhouse.

“When I walked into the Chapel, I knew I was home – to serve the Lord,” she recalled. Sister Genevieve is survived by a sister, Mary Ann Szymanski (Ted) of Edgewater, FL; two brothers, David Martineck of Bridgeville and Joe Martineck of Heidelberg; sister-in-law, Janet Leghorn (Richard, deceased) of Bridgeville, nieces, nephews, grandnieces, and grandnephews, Associates, and the Sisters of St. Joseph. The Sisters are grateful to the staff at Concordia at Villa St. Joseph for their care of Sister Genevieve. A Memorial Mass will be scheduled at a later date. Donations in the name of Sister Genevieve may be sent to the Sisters of St. Joseph Memorial Fund, Development Office, 1020 State St., Baden, PA, 15005.

Share Your Memory of
Sister Genevieve
Upload Your Memory View All Memories
Be the first to upload a memory!
Share A Memory
Send Flowers