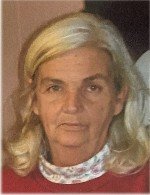 Obituary of Deborah A. O'Farrell

Friends will be received from 11:00 a.m. Saturday until the time of Funeral Service at 1:00 p.m., at the Askew-Houser Funeral Homes, Inc., Nanty Glo, Deacon Thomas Buige, officiating.  Interment at St. Mary’s Cemetery.  In lieu of flowers, the family suggests donations be made to the family.

To send flowers to the family or plant a tree in memory of Deborah O'Farrell, please visit Tribute Store
Saturday
29
August

Share Your Memory of
Deborah
Upload Your Memory View All Memories
Be the first to upload a memory!
Share A Memory
Send Flowers