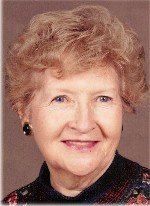 TUROUS - Elsie E., 93, passed away December 21, 2020.  Born October 9, 1927, in Milwaukee, WI, a resident of Johnstown, formerly of Vintondale where she grew up, married, raised her children, and spent most of her adult life. Daughter of the late John M. and Mary E. (Donahue) Smith.  Preceded in death by husband Pete, infant daughter Elsie Eileen, daughter Suzanne Marie Norieka-Turous, son David.  Elsie was one of ten children, and is the last child of her Smith family greeted into Heaven by all her family members.

Elsie has been termed by many as “A Force of Nature”.  Based on her immense, kind-hearted spirit and Irish ethics, Elsie was a doer and non-stop caregiver her entire life, starting from an early age. While others might be off playing, Elsie would be doing tasks for all the neighbors, making multiple grocery runs for those who couldn’t, delivering the neighbor’s homemade pies and her Mother’s fresh-baked bread to others. In the early 40’s, with a little fib about her age, Elsie spent her summer in Ohio working at a Defense Plant during the Rosie Riveter era, turning airplane parts as they were being riveted. Elsie spent the following two summers in Philadelphia working at a special needs hospital. She was President of her High School class. Then on to marriage at 18 and 7 children.

Elsie lived her life with unending devotion to her family.  She was a dedicated Wife, Mother, Grandma and Grammie beyond comparison.  Even when she herself was struggling and needing care, she always wanted to know if everyone else was alright. Her grandchildren and great-grandchildren brought special joy to Elsie’s life, especially seeing and joining in with the little ones’ dancing and singing.  Elsie had a love for dancing, especially with her husband who she referred to as a ballroom dancer.  Elsie was the ultimate homemaker, gourmet cook, canning items from her late husband's weedless garden, candy making, and many referring to her as the "town baker" with many requests and guidance for recipes.

Elsie took great pride in learning to drive at age 57 and passing her driving test on the first try.  She also took much pride and enjoyment when she took on her first job after raising her family, being a Hostess for McIlwain’s Charter Bus Company, and also setting up and chartering many of her own trips requested by so many people as her hostess popularity grew. Elsie combined her love of baking for others with her trips, always bringing multiple home-made goodies for each trip, which brought much enjoyment to her bus companions who said they looked forward to her treats as much as the trip itself. Elsie loved to talk with everyone she met, or even if just sitting down in the seat beside you, and she often would leave a phone message that would fill up your entire phone voicemail box. Elsie had a special word she always used, “Whatum” as a fill-in term, and would surprise you with witty one-liners just out of the blue.

Elsie was a special character who will be missed by many.  During the most recent family reunion in Ohio, Elsie was honored for being the remaining matriarch of the Smith family. Elsie never stopped talking about the celebration her family had for her and how special she felt to be presented with a tiara and dubbed the "Queen Bee" of the family. Thank you to Elsie’s relatives and special friends who made her 93rd Birthday so memorable for her and were always there for her.  Our heartfelt gratitude to all who watched over her.  Elsie’s niece, Patti and husband Mike, who invited her to family meals & travel to Virginia.  Rich, who was always there to lend “Grandma” a helping hand, actually many helping hands.  Renee at the Bank, who became a loving friend and took time whenever Elsie called, no matter how busy, to provide needed assistance and more importantly to share a friendly chat.  Dr. Sbeitan and staff who provided medical care in prior years, along with Debbie a volunteer from his office, who became a dear and kind friend.  Long-time friends Chub and Charlene, and her many bus travelers, too many to list, who were dear friends and continued to stay in touch.  Elsie’s family would like to express our deep gratitude to Elsie’s Special Caretakers in her struggling time and final days, who provided such gentle care, compassion, and the kindness she deserved and so wished for others.

Elsie was a member of the former Immaculate Conception Roman Catholic Church in Vintondale, which has joined with St. Mary's Catholic Church in Nanty Glo.  Due to present health restrictions, a funeral mass and celebration of Elsie’s life will be held at a later date.  Interment at Holy Name Cemetery, Ebensburg.  Donations in Elsie’s memory may be made to her life-long charity, St. Jude Children’s Research Hospital.  Arrangements are in the care of the Askew-Houser Funeral Homes, Inc., Nanty Glo.  (www.askew-houser.com)

"Mom, till we meet again may God hold you in the palm of his hand. We love you so much and miss you already."

Share Your Memory of
Elsie
Upload Your Memory View All Memories
Be the first to upload a memory!
Share A Memory
Send Flowers