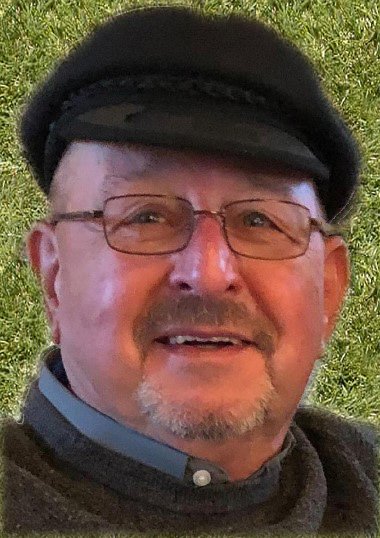 BAHORIK – John Joseph, 72, of Nanty Glo, passed away unexpectedly December 22, 2020 at Memorial Medical Center.  Born February 28, 1948 in Windber, son of the late Paul and Mary Catherine (Ollinger) Bahorik.  Preceded in death by brother, Ronald.   Survived by wife, the former Barbara Vaneiken, to whom he was married 53 years and children:  Lisa (Ronald) Sokira;  Brian Bahorik; and Michele (Brad) Kubat. Grandchildren, Natalie, Kyle, Jackie, Josh, and Savannah; six great-grandchildren.  Brother of Tom (Linda) Bahorik; Kathleen (Mike) Piatek; Susan (Phil) Strait; William (Deborah) Bahorik; Mark (Lisa) Bahorik; Cindy Davison; and Margie Debias. Also survived by numerous nieces and nephews. He was the co-owner and vice president of operations of Penn Metal Fabricators and served on the company’s Board of Directors.   He was dedicated to his employees and was a well-respected community leader.  An excellent golfer, John served as president of the Ebensburg Country Club, president of the Cambria County Christian School Board where he aided in the success of Christian School education for area students, including 4 of his grandchildren, and was active at the Ebensburg Moose, Ebensburg Post 363 American Legion and Post 4963 V.F.W.  Army veteran of the Vietnam War, having served from 1968 to 1974. Active member of Pike Grace Brethren Church, Mundy’s Corner. John had a passion for fast cars, especially Shelby Mustangs. He enjoyed many vacations golfing in Myrtle Beach with family and friends over the years.  His love of pyrotechnics led him organizing many local fireworks shows such as the Cambria County Fair, Jackson Township Heritage, and Nanty Glo Centennial just to name a few. An avid Pittsburgh Penguins and Steelers fan. John's love of cooking saw him hosting every holiday dinner, Sunday family dinners, and family cookouts.  He also looked for any excuse to build a fire outside, invite all of the family up, and sit around the fire telling stories of years past and present, a lot of the time laughing at his own expense.  John always felt that God blessed him with a good life, so that's why he always felt the need to bless others as he could.  Even in his death, he was able to be a CORE organ donor. A special thank you to the team at CORE, in allowing John to still help those in need and to perhaps give so many a new chance at life. Friends will be received from 2-4 and 6-8 p.m. on Monday at the Pike Grace Brethren Church Family Center, 541 Pike Road, Mundy’s Corner and from 10 a.m. until time of  funeral service at 11 a.m. on  Tuesday, Pastor Rudy Sheptock, officiating.  (Masks and social distancing required for visitation and service.) Military rite by local veterans organizations. Interment, Pike Brethren Cemetery. In lieu of flowers, donations may be made to the Cambria County Christian School, 561 Pike Road, Johnstown, PA. 15909 in John’s memory. (cambriacountychristianschool.com)  Arrangements are in the care of the Askew-Houser Funeral Homes, Inc., Ebensburg. Condolences may be left for the family at www.askew-houser.com

Share Your Memory of
John
Upload Your Memory View All Memories
Be the first to upload a memory!
Share A Memory
Plant a Tree