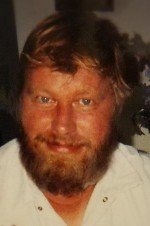 Please share a memory of David to include in a keepsake book for family and friends.
View Tribute Book

DICKERT - David Mark, 64, of Vinco passed peacefully March 30, 2021.  Born March 16, 1957 in Johnstown.  Son of the late Heinie and Anna Dickert.  Also preceded in death by his oldest brother, George.  Survived by his wife, the former Joanna Trahanovsky (in August they would have celebrated their 40th anniversary); and children Dana Dickert (fiance Jordan Confer); LTJG Sasha Dickert, United States Navy; and Benjamin David Dickert (and his girlfriend Michaela); grandchildren Piper and twins Lylah and Lincoln David Confer. Also survived by sisters April Heisch (Harold); Faith Pennington (David); brothers Stephen Dickert (Nancy) and Matthew Dickert (Renee); and 14 nieces and nephews.
Dave graduated from Central Cambria High School and the Admiral Peary Vocational Technical School where he excelled in masonry, placing 3rd out of 300 on his union exams.
Dave started working right after high school as a truck driver for Mike Holub.  Then he and friend Kevin Sekerak started D & K Trucking where they hauled produce up and down the east coast.  He later worked for McQuaide Trucking. He finished his career as a semi-truck driver hauling freight for Conway Central Express frequently hauling doubles.
Dave drove trucks for a living but his real passion was farming. This love of farming developed by working alongside and learning from his dad as he grew up on the family farm.   He has owned and operated Dickert Farms for almost a quarter century.
Dave’s greatest loves were his wife Joanna who has been his rock, and their children.  He wanted each of them to live their own dreams and be happy. He is proud of each of his children’s accomplishments. Dana is an emergency room RN and owner of Franklin Street Bar and Grill; Sasha is an officer in the Navy Nuclear Propulsion Program; and Ben, having been mentored by Dave, will now carry on the legacy of Dickert Farms.
He was a member and president of Goldenrod Sportsman's Club for 30 years.
Dave was fair, firm, wise, could talk to anyone, had a ready sense of humor and loved teasing.  Dana, Sasha, and Ben are proud to call Dave DAD.  He worked hard to provide for them, always supported them in their efforts, and taught them the value of hard work. His kind blue eyes will never be forgotten.
A special thank you to Dr. Molly Trostle, D.O.  and the nurses and staff of DaVita Dialysis in Ebensburg for their excellent and compassionate care of Dave.
Family and friends are invited to gather and remember Dave from 5 – 8 PM Monday, April 5 at the Askew-Houser Funeral Homes, Inc., Nanty Glo and from 10:15 AM until time of memorial service at 11:30 AM on Tuesday April 6 at St Paul’s Evangelical Lutheran Church, Mundy’s Corner.  Pastor Kevin McNamara officiating.  Condolences may be left for the family at www.askew-houser.com.

To send flowers to the family or plant a tree in memory of David Dickert, please visit Tribute Store
Monday
5
April

Gathering at the Church (Masks required)

Share Your Memory of
David
Upload Your Memory View All Memories
Be the first to upload a memory!
Share A Memory
Send Flowers
Plant a Tree