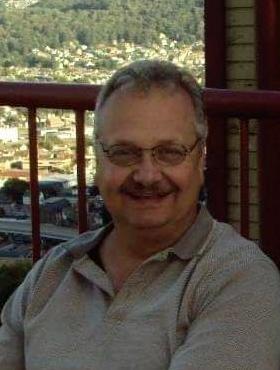 SCHILLING - Gary Eugene, 69, of Johnstown, was reunited in Heaven with his Dad and Mom, Samuel A. and Genevieve Schilling on June 6, 2021. Survived by the love of his life for 50 years, Patricia; and proud father to his beloved son and best friend, Samuel; his favorite daughter and texting buddy, Jennifer; and great son-in-law, Tony Hooper; and three beautiful granddaughters, Ava, Olivia and Grace Hooper, who were the joys of his life. Also survived by sister, Connie, who was his telephone buddy (Denny) Edwards; and Vivian (Buck) Stiles; mother-in-law, Jenny Trotz; in-laws, Robert Trotz, William (Tara) Trotz, Sharon (Rudy) Kusher, Carol (George) Audey, Larry Claar; and numerous nieces and nephews. Preceded in death by brother, Leroy Schilling; sister, Geraldine Hornick; and in-laws, Tom Trotz, Nancy Claar and Deborah Trotz.  Gary was a graduate of Central Cambria High School and Mount Aloysius College. He always provided for his family and was a hard worker all of his life.  He worked at Bethlehem Steel and later retired from his job as a mental health worker at the Ebensburg Center. Gary loved to golf, play chess, watch the Steelers and Pirates, spend time with his granddaughters and relax at the beach. He enjoyed history and astronomy and had a love of learning. Gary always told it like it was, he always gave great advice. He was the life of the party and shared many stories of his family, especially of his granddaughters. We will think of you and miss you every day, remember all of the good times, and keep you in our hearts forever.(WWG1WGA)  At Gary’s request there will be no viewing. A funeral service will be held at 11:00 a.m. on Friday, June 11th, 2021 at St. John Vianney Catholic Church, Mundys Corner, Father Peter Lyons, T.O.R., celebrant.  Committal to follow at Grandview Mausoleum, Johnstown.  In lieu of flowers, donations in Gary’s memory may be made to the family. Arrangements are in care of the Askew-Houser Funeral Homes, Inc., Nanty Glo. Condolences may be left at www.askew-houser.com

Share Your Memory of
Gary
Upload Your Memory View All Memories
Be the first to upload a memory!
Share A Memory