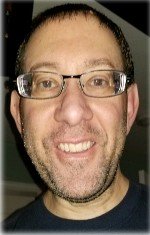 Friends will be received from 2-4 and 6-8 p.m., Wednesday at the Askew-Houser Funeral Homes, Inc., Ebensburg.  Funeral Mass will be held at 10:00 a.m., Thursday at St. Mary’s Church, Nanty Glo, Rev. Fr. David Peles, celebrant.  Interment at St. Mary’s Cemetery, Nanty Glo.  In lieu of flowers, donations in John’s memory may be made to his family to assist with his daughters’ college educations.

Share Your Memory of
John
Upload Your Memory View All Memories
Be the first to upload a memory!
Share A Memory
Plant a Tree