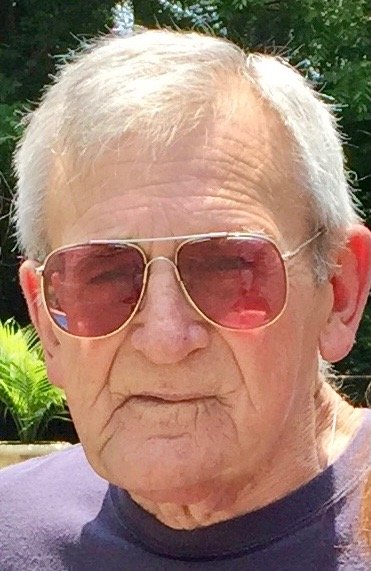 Please share a memory of Joseph to include in a keepsake book for family and friends.
View Tribute Book

Joe was a first generation Sicilian-American. He was very proud of his Roman Catholic faith and Sicilian-Italian heritage and always wore his Italian horn and cross with honor. Joe was a graduate of Central Cambria High School and attended a liberal arts college. He served in the U.S. Army as a Parachute Rigger achieving the rank of Sergeant and received the National Defense Service Medal. He was also a member of the Knights of Columbus. Joe worked in the automotive industry his whole life, with a duration of his career with Ford Motor Company as a General Manager. From the earlier years, Joe enjoyed fast cars, motocross, skiing, and scuba diving. He also very much enjoyed his Harley Davidson motorcycle, going to NASCAR races, and life on the Intercoastal Waterway and Atlantic Ocean with his boat the CynJo, family, and friends. Joe and family spent many weekends on the golf course and grilling in the backyard. He was always loyal to his Pennsylvanian roots as a Steelers, Pirates, and Pitt Panthers fan. Joe also followed the Miami Dolphins and Marlins during his years in Florida and then the Tennessee Titans in Nashville. Most importantly, Joe was very proud of his two girls, Tricia and Jessica.  Friends will be received at the Askew-Houser Funeral Homes, Inc., Ebensburg on Friday, April 30th, 6pm-8pm. A Funeral Mass will be held at 10am on Saturday, May 1st at Holy Name Catholic Church, Fr. Brian L. Warchola, celebrant.   Burial will be held at Holy Name Cemetery. A private Memorial Service will also be held in Florida, July of 2021.

To send flowers to the family or plant a tree in memory of Joseph Giannone, please visit Tribute Store
Friday
30
April

Share Your Memory of
Joseph
Upload Your Memory View All Memories
Be the first to upload a memory!
Share A Memory
Send Flowers
Plant a Tree