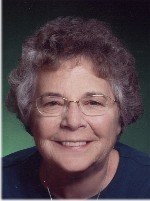 SIDES – Joycelyn G. (Feath), 85, of Arbutus Park Manor, Johnstown, formerly of Colver, entered her Heavenly Home on away July 5, 2021, following a battle with breast cancer.  She was born September 20, 1935 in Colver, daughter of Charles H. and Ruth Ann (Lawrence) Feath.  Preceded in death by parents, daughter Beth Ann; brother Charles “Bud” Feath, and sister, Roseann Kline.  Survived by husband of 64 years, William “Bill” Sides; daughters: Billie Jo Sides and Charlene Romani; favorite son-in-law Michael Romani; brother William “Bill” Feath, Venice, Florida and sister Nina Gartland, Chalfont, Pa. Also survived by numerous nieces,  nephews, cousins, and friends.  A  graduate of the Ebensburg- Cambria High School, class of 1953.  She graduated from the Windber Hospital School of Nursing in 1956.  The majority of her nursing career was spent at the former Colver Hospital, then at Laurel Crest Manor in Ebensburg where she was Director of Nursing until she retired in 1982.  She then worked at Miss Pinkerton’s in the Ebensburg Mini Mall and Appledale Golf Course.  Over the years she and Bill spent many hours fishing at Glendale Lake and volunteering at the Ebensburg United Methodist Church.  She enjoyed all types of needle work but spent the majority of her time knitting and sewing.  She was an avid cook and baker, and her family loved her homemade breads and nut rolls.  She was always quick with a smile and a kind word, and she loved to laugh.  She was a member of the Ebensburg United Methodist Church, where a gathering of friends will be held at 10:00 a.m. Saturday, July 10th, followed by a Memorial Service 11:00 a.m., the Rev. J. R. Virgin, officiating.  The family wishes to thank the staff at Arbutus Park Manor, Doerr Wing, for the exceptional care provided to Joy in her last days, especially her aide, Alan and her AseraCare hospice aide, Tammy. She is gone from our sight, but never from our hearts; Heaven is a little brighter today because of her presence.  In lieu of flowers, contributions in Joy’s memory may be made to Arbutus Park Manor Benevolent Fund; Ebensburg United Methodist Church; or a charity of your choice.   Arrangements are in the care of the Askew-Houser Funeral Homes, Inc., Ebensburg.

To send flowers to the family or plant a tree in memory of Joycelyn Sides, please visit Tribute Store
Saturday
10
July

Share Your Memory of
Joycelyn
Upload Your Memory View All Memories
Be the first to upload a memory!
Share A Memory
Send Flowers
Plant a Tree