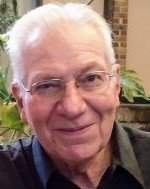 MEHALKO -  William P. “Bill”, 88, passed away August 7, 2021, at Richland Woods. Bill was born October 20, 1932, in Cardiff, PA to Andrew and Sue (Stoika) Mehalko. Preceded in death by his first wife, Betty (Kozlovac): second wife, Hallie (Dimond/Marano), two infant sons, Tommy and Michael; step son, Bernie Marano; brothers, Andy & John; and sisters, Margie LoPiccolo and June Monborne. Survived by his daughters, Sandy Mehalko, and husband Mark Prave; Lori Sossong; grandson, Kevin Sossong and wife Melissa (Thomas); their children, Lily and Tyson; granddaughter, Kasey Bobolsky and husband Brandon; their children, Ava, Layla, and Olivia; and grandson, Brett Sossong. Bill also had stepchildren and grandchildren: Adam Marano and wife Stacy; Darren Marano and wife Regina; and step grandchildren Michael, Roman (wife Katelyn), Alden, and Kallie. Brother of Carol (Denny) Mottin; and numerous nieces and nephews. Bill was a loving husband, father, and all-around great person that everyone loved. He was a Korean War veteran, having served in the U.S. Army. He was a minor league baseball player but after an injury went to work in the steel mills. When he was laid off permanently, he and his wife Betty opened a home store in Nanty Glo until her passing. Bill used to coach, hunt, fish, and golf. He loved gardening, bread, polka music, and collecting cans for charity. He was involved with the Knights of Columbus and many church functions and had a deep faith. He loved all his dogs starting with Prince, who sat next to him when he was an altar boy, followed by Rip, Spike, Duke, Boo, Patty, Lotto, Snickers, and Taffy. Coco and Ruby- his beloved Yorkies, live with Lori now. A gathering of family and friends will be held from 5 to 7p.m. (masks are recommended) on Sunday with Knights of Columbus Honor Guard at the Askew-Houser Funeral Homes, Inc., Nanty Glo, where vigil prayer service will be held that evening. Funeral mass at 10 a.m. on Monday at St. Mary’s Catholic Church, Nanty Glo, (masks are recommended), the Rev. Leonard Voytek, celebrant. Committal, St. Mary’s Cemetery, Nanty Glo. Military Rite by Nanty Glo, Twin Rocks and Vintondale Ritual Team. Condolences may be left for the family at www.askew-houser.com. In lieu of flowers, donations may be made to Windber Hospice, the Alzheimer’s Foundation, or the Cambria County Humane Society.

Share Your Memory of
William
Upload Your Memory View All Memories
Be the first to upload a memory!
Share A Memory