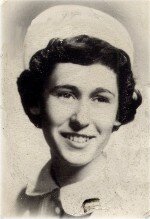 COLEMAN – Ann Elizabeth (Sorensen) 89, of Ebensburg, passed away September 12, 2021 at UPMC Altoona Hospital.  A proud native of the Bay State, she was born in Malden, Massachusetts on April 3, 1932 to Alfred W. and Marie L. (Burke) Sorensen.  She was preceded in death by her husband John F. “Jack” Coleman in 2007.  Survived by children:  Kathleen (Patrick) Dean, Granville, Ohio; Christopher (Gwen) Coleman, Wisconsin;  Kevin (Elizabeth) Coleman, Annapolis, Maryland, and John F. Jr., of State College;  9 grandchildren and 8 great-grandchildren.   Also survived by sister Helen O’Keefe and brother, A. James “Jimmy” Sorensen.  Ann was a graduate of the Boston College Connell School of Nursing, attaining RN, BSN, and thirty years later, earned a Master’s degree in gerontology from the Indiana University of Pennsylvania.  She pursued additional graduate studies at the Pennsylvania State University.  Ann began her career as a nursing instructor at the former Altoona Mercy Hospital. She later taught at Mount Aloysius College for more than 20 years and briefly, at St. Francis University.  She possessed a vibrant and engaging personality.  She was a thoughtful and generous friend, neighbor, and relative throughout her life and was quick with a helping hand or a kind gesture.  Hunting for antiques and collectibles, with an eye for unique and colorful items, was a lifelong passion of Ann’s. As were Siamese cats.  She was a stalwart volunteer with the Cambria County Historical Society, the St. Vincent DePaul Society, Ebensburg’s annual Art in Bloom event, the Ebensburg Free Public Library and other good causes.  She also generously contributed to many charities and humanitarian organizations.  She would wholly approve of a memorial contribution in her memory to any helping organization.  Private funeral services will be held at the convenience of the family.  Arrangements are in the care of the Askew-Houser Funeral Homes, Inc., Ebensburg.

To send flowers to the family or plant a tree in memory of Ann Coleman, please visit Tribute Store

A Memorial Tree was planted for Ann
We are deeply sorry for your loss ~ the staff at Askew-Houser Ebensburg
Join in honoring their life - plant a memorial tree
Services for Ann Coleman
There are no events scheduled. You can still show your support by sending flowers directly to the family, or planting a memorial tree in memory of Ann Coleman.
Visit the Tribute Store

Share Your Memory of
Ann
Upload Your Memory View All Memories
Be the first to upload a memory!
Share A Memory
Send Flowers
Plant a Tree