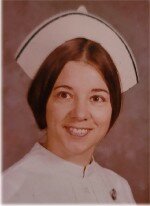 Obituary of Elizabeth A. (Scanlan) Pryce

Please share a memory of Elizabeth A. to include in a keepsake book for family and friends.
View Tribute Book

PRYCE - Elizabeth “Betty” A.  (Scanlan), 84,  of Ebensburg,  passed away peacefully with family surrounding her on September 24, 2021.  Born August 23, 1937 in Munster Twp., daughter of the late Herman and Emma Scanlan.  Survived by her children: Lauren, James and Richard, of Ebensburg; Terry (Pryce) Mardis, of Harrisburg;  seven grandchildren: Janice Onkst, Northern Cambria;  Leigh Anne Mardis, Harrisburg; Megan Williams, New Cumberland; Dwayne & Brennan Pryce, Seattle, Washington; Brandyn Pryce,  Chandler, AZ; and Brady Pryce, Bridgeville, Pa.  and great-grandchildren: Logan, Taylor, Mya Onkst, Layla and Lana LeCain, Adalynd and Henley Williams. Also survived by her long- time partner of 34 years, Michael Tresnicky;  sister,  Rita Troup of Greesnburg, and brothers:  Dr. Raymond and Richard Scanlan of Ebensburg.  Preceded in death by brothers: Bernard, Russell and Edward F. Scanlan, and former husband,  David N. Pryce.  Betty graduated from Central Cambria High School in 1955, and a graduate of Mount Aloysius College with a degree in Nursing.   She spent most of her long career as a geriatric nurse at the former Laurel Crest Manor, Ebensburg.  She was an avid lover of cats, but her love and care for people was apparent to all.  Friends will be received from 5:00  to 8:00 p.m., Tuesday, at the Askew-Houser Funeral Homes Inc., Ebensburg, where a vigil prayer service will be held.  Funeral Mass will be held at 11:00  a.m., Wednesday  at the Basilica of St. Michael the Archangel, the Very Rev. John Byrnes, celebrant.  Interment at St. Michael’s Cemetery, Loretto. In lieu of flowers, donations in Betty’s memory may be made to the Basilica of St. Michael the Archangel, 321 St. Mary Street, Loretto, PA 15940.

To send flowers to the family or plant a tree in memory of Elizabeth A. Pryce, please visit Tribute Store
Tuesday
28
September

Share Your Memory of
Elizabeth A.
Upload Your Memory View All Memories
Be the first to upload a memory!
Share A Memory
Send Flowers
Plant a Tree