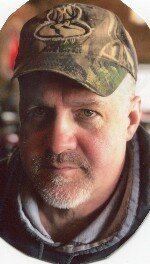 NOEL - John R., 56, of Nanty Glo, passed away at home, Dec. 9, 2021, after a three year battle with brain cancer. Born June 12, 1965 in Johnstown, son of the late Robert and Helen Noel. Preceded in death by brother, Danny; nephew, Derek Kozorosky; mother in law, Priscilla Kozorosky; and brother in law, Ernest “Sonny” Wood. Survived by wife of 32 years, the former Sandy Kozorosky; children, Chad Noel and Allison (Noah) Noel; sister, Tammy (Scott) Irish; brothers, Terry Noel; and Steve Noel. Also survived by sisters in law, Holly (Michael) O’Brien; and Cathy Wood; brothers in law, Mark (Judy) McClain; and Dave (Lisa) Kozorosky; father in law, Joe Kozorosky; numerous nieces, nephews, aunts, uncles, cousins and friends; and also his buddy, Harley. John served in the US Army for four years. He worked as a correction officer with SCI-Indiana. John loved gardening and riding his motorcycle. He enjoyed hunting, fishing and coin collecting. John fought a courageous battle for 3 years and never complained. He was the best husband and father; and will be sadly missed and never forgotten. A special thank you to all the doctors, caregivers and staff who took care of John throughout his battle. Friends will be received from 2-4 and 6-8 p.m. on Sunday at the Askew-Houser Funeral Homes, Inc., Nanty Glo, where funeral service will be held at 11 a.m. on Monday. In lieu of flowers, donations in John’s memory may be made to the American Cancer Society. Condolences may be left for the family at: www.askew-houser.com

Share Your Memory of
John
Upload Your Memory View All Memories
Be the first to upload a memory!
Share A Memory