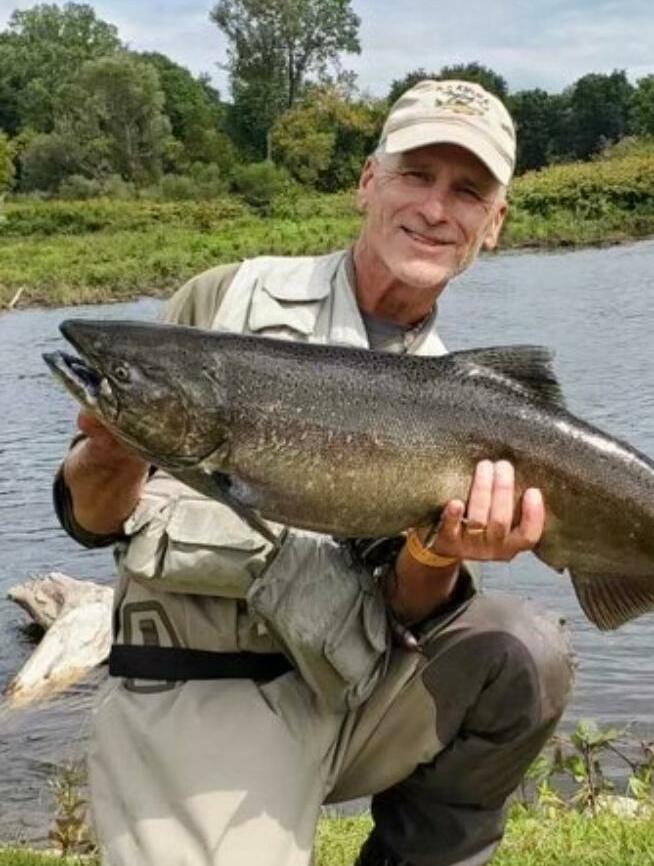 Please share a memory of David to include in a keepsake book for family and friends.
View Tribute Book

KRUPA – David P., (“DPK”), 63, of Jackson Twp., went to be with his Lord and Savior Dec. 21, 2021, unexpectedly from a brain aneurysm. Born Feb. 25, 1958 in Johnstown. Preceded in death by father, Michael Krupa; son, Matthew Krupa; brother in law, Rick Englert; and father in law, Robert F. Sekerak. Survived by his loving wife of 40 years, Tammy (Sekerak) Krupa; daughter, Brittany (Ronald II) Brown; mother, Pauline Krupa; mother in law, Betty Sekerak; grandchildren, Jacob and Lydia Russell and Mayleigh Krupa. Brother of Michael (Helene) Krupa; Jeff (Lori) Krupa; and Cathy Englert. Also survived by brother in law and sister in law, Bob and Debbie Sekerak; and numerous nieces and nephews. Member of St. John Vianney Catholic Church, Mundys Corner. Served in the US Army as Military Police. Retired from SCI-Pine Grove. Dave was a professional fly fishing guide for Homewaters Club and Vice president for South Branch Blacklick Creek Fishing Club. Dave was a taxidermist and wildlife artist having won PA State Championships for his works. He loved his family and was very proud of his grandchildren.  He was a devoted Christian, husband, father, son, “Pap” and mentor. David loved the outdoors and was an avid fly fisherman who would take any opportunity to educate the use of the “woolly bugger” and how to catch “big browns” to any fisherman. Friends will be received from 2-4 and 6-8 p.m. on Monday at the Askew-Houser Funeral Homes, Inc., Nanty Glo. Funeral Mass will be held at 10:30 a.m. on Tuesday at St. John Vianney Church (masks recommended at both funeral home and church) David will be laid to rest at St. Charles Cemetery, Twin Rocks, where he will be joined with his son, who was his best friend, his best hunting and fishing buddy, and who he has missed dearly. In lieu of flowers, donations may be forwarded to Shriners Hospitals for Children in Dave’s memory. Condolences may be left for the family at www.askew-houser.com

Share Your Memory of
David
Upload Your Memory View All Memories
Be the first to upload a memory!
Share A Memory