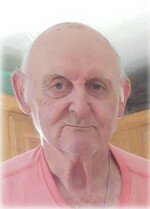 Please share a memory of Donald to include in a keepsake book for family and friends.
View Tribute Book

ALT – Donald H., Sr., 73, of Colver, passed away April 26, 2022 at Memorial Medical Center, Johnstown.  Born August 4th 1948 in Spangler, son of Merton and Odessa (Hertzog) Morris.  Preceded in death by father, Merton Morris,  son-in-law Steven Roush, brother Henry Morris,  nephews Michael and Nathan Morris, and father-in-law Mike Juba.  Survived by mother, Odessa Morris, Carrolltown;  wife, Kathleen (Juba) Alt, to whom he was married 49 years and children:  Donald Jr. (Jennifer), North Pole, Alaska;  Tammy Plummer, Portage; Amy Roush, Nanty Glo; six grandchildren and eight great-grandchildren.  Also survived by siblings:  Larry, Rodger, Wayne, Gene, Dave, Danny and Ron; and by mother-in-law, Rosella Juba.  Don had worked as a roof bolter for the coal mines until he was injured in the mine.  He was an avid Pittsburgh Steelers, Pirates and Penguins fan.  He enjoyed hunting and fishing and he relished his ability to serve as driver for the grandkids baseball and wrestling practices.   He had attended Holy Ascension Orthodox Church in Colver.  Friends will be received from 2-4 and 6-8 p.m. Friday at the Askew-Houser Funeral Homes, Inc., Ebensburg.  A graveside funeral service will be held at a later date, the Rev. Fr. George Johnson, officiating.  Interment at Lloyd Cemetery.  In lieu of flowers, donations in Don’s memory may be made to the charity of your choice.  Condolences to the family may be left at www.askew-houser.com

To send flowers to the family or plant a tree in memory of Donald Alt, Sr., please visit Tribute Store
Friday
29
April