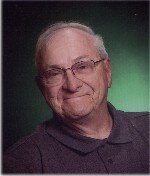 Please share a memory of William to include in a keepsake book for family and friends.
View Tribute Book

SIDES - William P., “Bill”, 87, formerly of Colver, passed away May 20, 2022 at Arbutus Park Manor, following a brief illness. Born February 3, 1935 in Colver, PA, to Henry and Ethel (Stephens) Sides.  Preceded in death by parents, infant sister, wife of 64 years, Joy, who passed away July 5, 2021; daughter Beth Ann; sister Maryann Forst, and brother Robert.  Survived by daughters Billie Jo, Kingwood, WV, and Charlene, wife of Michael Romani, Johnstown. Bill graduated from Ebensburg High School, and served with the Air Force during the Korean Conflict. After his military duty, he attended the University of Pennsylvania, where he received a nursing degree and completed Language Studies at Yale University.  Bill worked at the Ebensburg Center for more than 30 years, during which he experienced a life altering injury. He spent the rest of his life adapting to his new abilities, and teaching others about resiliency and moving forward, even in the face of his own challenges. He was a huge fan of black and white movies, and boasted a DVD collection of more than 900.  He was a man of God, having served as a Lay Minister within the Ebensburg United Methodist Church, where he was an active member for many years.  He had a beautiful tenor voice and used it to praise God in the church choir.  His passion was to win souls for Christ, and he used his life’s testimony to share the Good News of the Gospel; he truly was a good and faithful servant. The family would like to thank the staffs of Arbutus Park Manor Personal Care and West Wing, who became Bill’s family during his stay with them; they looked beyond his limitations and allowed him a quality of life he didn’t think possible after the loss of his dear wife.  Thanks also to the wonderful staff of Windber Hospice, who provided both Bill and his family tremendous comfort and support during his last days. A Celebration of Life Service will be held at 11:00 a.m,. Wednesday, May 25th, at the Ebensburg United Methodist Church, the Rev. J.R. Virgin, officiating. Gathering of Friends will begin one hour previous to the service.  Interment at Lloyd Cemetery.  In lieu of flowers, please consider donations to Arbutus Park Manor Benevolent Fund, the Gideon’s, Ebensburg United Methodist Church, or a charity of your choice.  Arrangements are in the care of the Askew-Houser Funeral Homes, Inc., Ebensburg,  Condolences to the family may be left at www.askew-houser.com

To send flowers to the family or plant a tree in memory of William Sides, please visit Tribute Store
Wednesday
25
May