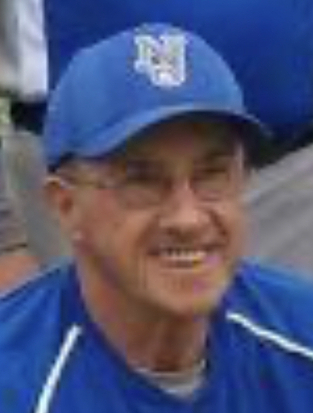 Please share a memory of Joseph to include in a keepsake book for family and friends.
View Tribute Book

KLINE - Joseph G., 84, of Royersford, PA passed away on Sunday, June 12, 2022.  He was born in Nicktown, PA on August 27, 1937, the son of the late Edward and Anna (Linsky) Kline.  Joe was 1 of 13 children.  He grew up on his father’s homestead; and after graduating high school, he became a coal miner where he spent over 2 decades navigating and cultivating in the underground, oftentimes working in very small spaces and dangerous conditions.  Joe has been living in the Royersford area for 12 years, formerly of Ovideo, FL and Ebensburg, PA.  He loved the outdoors and was an avid hunter and fisherman.  He was known to walk in the woods for miles, enjoying what nature had to offer, never minding the weather.  He scoped out the perfect hunting site every year, leaving the deer apples and salt licks.  That passion grew into a hobby where he invested in several trail cameras and then carefully and strategically positioned them to study trends. Fishing was a close second to his outdoor sporting passion.  He taught his children, grandchildren (and some of their friends) and nephews the art of fishing.  He sought after large mouth bass mostly.  Many tall tales resulted from these outings, but there a lot of occasions where he would yell “fish on!”.  He’d either return them to nature or take them to stock a friend’s pond, affectionately known as “Fred’s farm”.   A third passion was playing in a senior men’s softball league.  In 2014, he played on a NJ travel team called the Jersey Masters and traveled to St. George, UT for the Huntsman World Series Games:  https://seniorgames.net/results/2014/softball/men-70.  The Huntsman World Senior games offers a world class competitive experience for all sports.  His team placed 3rd snagging a bronze medal in their 70+ older division and a ton of bragging rights. Joe was a devoted sports fan but especially loved the Pittsburgh Steelers and NASCAR.  One of his past father’s day gifts was riding shotgun with a semi-pro NASCAR driver at the Richard Petty Experience, Daytona International Speedway.  The 3 laps went fast, but the memory lasted for many years thereafter.  He also enjoyed playing cards, particularly poker, rummy and pinocle.  He was known to count cards during the rapid pace of pinocle and would aggravate all that played with/against him.  When he wanted to prove a point by sending signals to his partner, he’d drop his hand hard on the table and give a competitive glance (as if we did not pick up on that).  He always enjoyed scratch-off lottery tickets, and they were a staple in almost all of his stocking stuffers and cards he received over the years.  Most of all, Joe was devoted to his family. But for anyone who ever met Joe, would know that he was a loving husband, father and proud grandfather and loved to talk.

A Celebration of Life event is pending and will be announced at a later date.

Memorial contributions may be made in his name to the H. Lee Moffitt Cancer Center and Research Institute by clicking here.

To send flowers to the family or plant a tree in memory of Joseph Kline, please visit Tribute Store

Look inside to read what others have shared
Family and friends are coming together online to create a special keepsake. Every memory left on the online obituary will be automatically included in this book.
View Tribute Book
Services for Joseph Kline
There are no events scheduled. You can still show your support by sending flowers directly to the family, or planting a memorial tree in memory of Joseph Kline.
Visit the Tribute Store

Share Your Memory of
Joseph
Upload Your Memory View All Memories
Be the first to upload a memory!
Share A Memory
Send Flowers
Plant a Tree