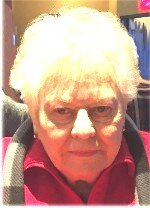 Please share a memory of Carol to include in a keepsake book for family and friends.
View Tribute Book

PELLEGRINO - Carol J. (Beattie), 87, of Ebensburg, passed away Tuesday,  September 6, 2022 at Cambria Care Center.  Born April 27, 1935 in Johnstown, daughter of the late Edward and Helen (Campbell) Beattie.  Last surviving member of her immediate family, she is preceded in death by sons: Joel and Jay Pellegrino, son-in-law Joseph Bellock, sister, LaDean (Beattie) Kramp, and brothers Ed and Jay Beattie.  Survived by daughter, Beth Bellock and son, Jeff Pellegrino, both of Ebensburg; daughter-in-law Deborah Pellegrino, of Virginia; seven grandchildren: Vinny, Vanessa, Chad, Brett, Scott, Jordan and Blake;  and two great-grandchildren: Parker and Kain.  Carol was a lifelong member of Holy Name Roman Catholic Church and a woman of devout faith and a member of the Catholic Daughters of the Americas.  She was a graduate of the former Ebensburg-Cambria Schools and was employed by the Cambria County Community Action Council as a social worker.  To celebrate her life, friends may gather at 10:00 a.m., Monday (Sept 12) at the Holy Name Church Narthex,  followed by a Funeral Mass at 11:00 a.m., Rev. Fr. Brian Warchola, celebrant.  Interment at Holy Name Cemetery.  In Lieu of flowers, donations in Carol's memory may be made to Holy Name Church, 500 N. Julian Street, Ebensburg, Pa.  15931.   Arrangements are in the care of the Askew-Houser Funeral Homes, Inc., Ebensburg.  Condolences to the family may be left at www.askew-houser.com

To send flowers to the family or plant a tree in memory of Carol Pellegrino, please visit Tribute Store
Monday
12
September

Share Your Memory of
Carol
Upload Your Memory View All Memories
Be the first to upload a memory!
Share A Memory
Send Flowers
Plant a Tree