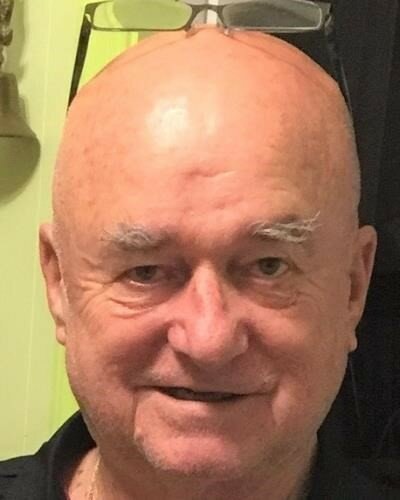 Please share a memory of John T. to include in a keepsake book for family and friends.
View Tribute Book

KUFTIC- John T. "Tom", United States Air Force Senior Master Sergeant (Retired) , 83, of Hampton, Virginia, formerly of Nanty Glo, passed away September 24, 2022. Born September 18, 1939, at the Mendenhall Hospital in Johnstown, son of the late John J. Kuftic and Mary (Dulick) Kuftic Simonetta. Preceded in death by infant son, Keith Andrew Kuftic and sister, Rosemary Ostrander. Survived by wife, the former Nancy Scaife; daughter, Denise (Ed) Scearce; and son, John "Tommy" T. Jr. (Melanie) Kuftic. Grandchildren, Sarah Linthicum, Alexander Kuftic, Zachary Kuftic, and Connor Scearce. Also survived by brothers, Jim Simonetta, Michael (Helene) Simonetta and sister, Betty Ann Bush. During his high school years in Nanty Glo, he worked part-time at Levinson's Department Store as a sign painter and salesclerk. After high school, Tom joined the USAF in July, 1959 and had assignments at Plattsburgh AFB, NY; Tainan AS, Taiwan; two tours at Langley AFB, VA; Andrews AFB, MD; Zaragoza AB, Spain; and Nellis AFB, NV with some short temporary duty visits to bases in England, Norway, Germany, and Panama. The positions held during Tom's 26+ year career were Security Police Supervisor, Administration Technician, and Cost and Management Analysis Superintendent. When Tom retired from the USAF in March 1986 at Nellis AFB, NV, he was a Cost and Management Analysis Superintendent with the rank of Senior Master Sergeant (E-8). After USAF retirement, he returned to Hampton VA and worked an additional 15 years as a Dept. of Army Civilian for SecurityAssistance Training Field Activity at the US Army Training and Doctrine Command, Fort Monroe, VA retiring again in July 2005 with over 41 years combined service. Tom enjoyed puttering, playing with his Apple computers and gadgets, yardwork, spending time with his family, "watching the news"(napping) and playing with his 4-month old Sheltie puppy,"Gypsy", humorously referred to as "the hound from hell".He will be sadly missed by his family and all who knew him.His passing has left a huge hole in our hearts that can never be filled. It is not how you die, but rather how you live, that matters, and he lived a life full of adventure and love; and he did it his way. Mission accomplished! A gathering of family and friends will be received from 1p.m. until time of Memorial Service at 2 p.m. on Friday at the Askew-Houser Funeral Homes, Inc., Nanty Glo, Deacon Jim Janosik, officiating. Interment, St.Mary's Cemetery, Nanty Glo. Military Rite will be held at 1:45 p.m. at the funeral home by Blacklick Valley Ritual Team. In lieu of flowers, donations in Tom's memory can be made to The Cambria County Humane Society, 743 Galleria Dr., Johnstown, PA 15904. (www.cambriacountyhumane society.com) or an animal shelter of your choice. Condolences may be left for the family at www.askew-houser.com

To send flowers to the family or plant a tree in memory of John T. Kuftic, please visit Tribute Store
Friday
14
October

Gathering of Family and Friends

Share Your Memory of
John T.
Upload Your Memory View All Memories
Be the first to upload a memory!
Share A Memory
Send Flowers
Plant a Tree