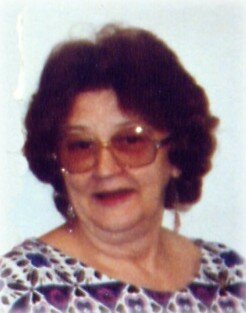 Please share a memory of Barbara to include in a keepsake book for family and friends.
View Tribute Book

FULTON - Barbara J., 78, of Ebensburg, passed away peacefully on January 7, 2022 at Windber Hospice, surrounded by her loving family.  Born September 2, 1943 in Windber, daughter of the late Ross and Gertie (Jones) Weaver.

Survived by children:    Christine, Gerri Lynn, and Earl;  grandchildren:  Nicki (Erik), Ryan (Magen), and Elizabeth and great-grandchildren, Jenna, Laila, and Aleina.  Also survived by siblings:  Rhonda (Ron) Berkey, Debbie (Michael) Scallion, Larry Weaver and Margie (Will) Wagner;  as well as numerous nieces and nephews.  Barb had been employed as a CNA at the former Laurel Crest Manor, and was a former member of the Ebensburg Post VFW Auxillary

Friends will be received from 5:00 p.m. Wednesday at the Askew-Houser Funeral Homes, Inc., Ebensburg, followed by a Funeral Service at 7:00 p.m., Pastor Joe Brown,  officiating.

In lieu of flowers, donations in Barb's memory may be made to the Windber Hospice.  Condolences to the family may be left at www.askew-houser.com

To send flowers to the family or plant a tree in memory of Barbara Fulton, please visit Tribute Store
Wednesday
12
January

Share Your Memory of
Barbara
Upload Your Memory View All Memories
Be the first to upload a memory!
Share A Memory
Send Flowers
Plant a Tree