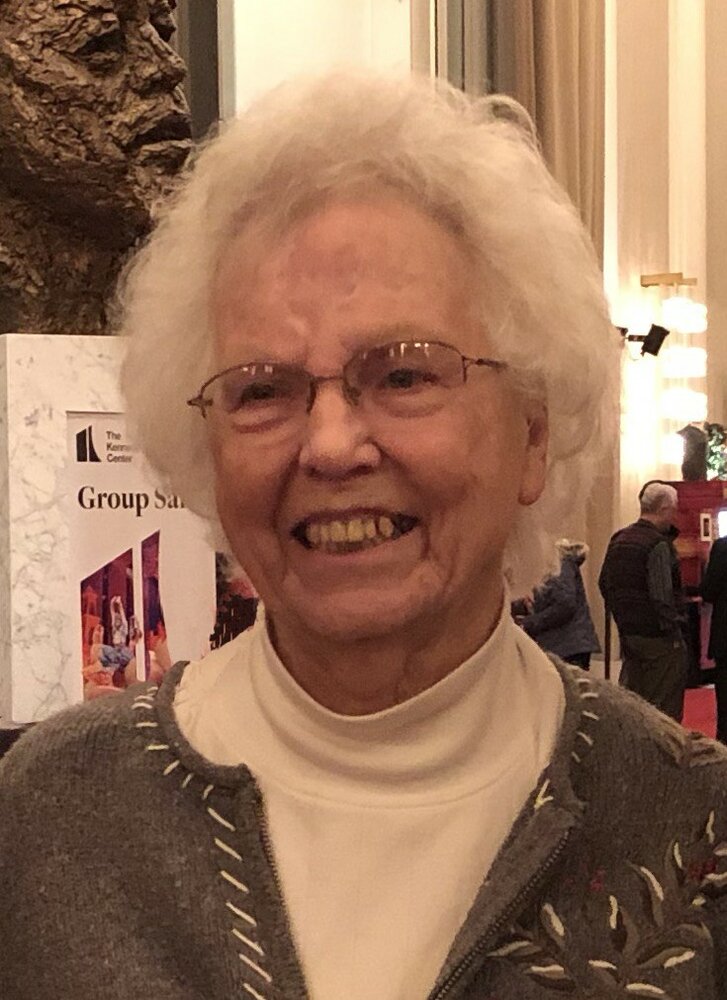 Please share a memory of Sharon to include in a keepsake book for family and friends.
View Tribute Book

Sharon passed away peacefully at age 90 on Monday, January 24, 2022 at the Forest Hills Personal Care Home in Sidman. She was born in Akron, OH on February 16, 1931 to Earl and Zelma (Carr) West. Sharon lived in Vinco, on Adams Avenue, for over 65 years in the house she and Bob built. She is preceded in death by her beloved husband, Joseph (Bob) Wiktor; her parents, and her sister, Saundra West. She is survived by her beloved children, Tara and William Linne, Falls Church, VA;  and Shana and Terry Grow,  South Fork; sister, Candy (West) Maley and her husband Tom Bianchi, Winter Park, FL; five grand-dogs; Step-Grandchildren: Michael and Jessica Grow, Raphine, VA; Roger and Kelsey Grow, Summerhill; and Melissa and Mitch Legros, Danville, OH. Step-Great Grandchildren: Makayla Brown, Savannah and Keaton Grow. Also several nieces and nephews; and many dear friends, all of whom she very much loved. She worked at the Tribune-Democrat and UPJ. In her latter career she worked at Lee Hospital, first as a secretary and then became Director of Volunteer Services. She retired from Lee Hospital at age 72, after 20 years of service. She was an active member of the former Lee Hospital Auxiliary. For 50 years she was a member of the Vinco Pinochle Club. She was also a former member and secretary of the Chickaree Ridge Runners Snowmobile Club and while she didn’t care much for the cold or snowmobiles, she could be found working in the kitchen alongside Bob during the races. She was proud to have been a Rainbow Girl, Girl Scout, Camp Counselor and member of the Johnstown High School Marching Band. She served as a Girl Scout leader for many years and helped manage the Jackson Twp. Twirlettes. She loved her family, music, shopping, and traveling, especially to New York City. She was an amazing baker, excellent seamstress, incredible typist, and had the kindest heart. In her world, her ‘glass was always half full’ and it was always ‘one day closer to Spring’. Sharon was an avid reader, and thoroughly enjoyed books on tape in her later years. The family extends a heartfelt thank you the nurses of Asera Hospice Care and the staff at Forest Hills Personal Care Home for their kindness and the exceptional care they gave Sharon, especially over the last year. In keeping with her wishes, there will be no viewing, however a gathering of family and friends are welcomed from 10 a.m. until time of Funeral Mass at 11 a.m. on Saturday, Feb. 5th at St. John Vianney Catholic Church, Mundys Corner, (masks recommended) the Rev. Peter Lyons, TOR, celebrant. Interment, Forest Lawn Cemetery, Johnstown.  At her request, she asked in lieu of flowers, donations be made to the Carnegie Library of Pittsburgh - Library for the Blind - www.carnegielibrary.org/give/. Arrangements are in care of the Askew-Houser Funeral Homes, Inc., Nanty Glo. Condolences may be left for the family at www.askew-houser.com

Share Your Memory of
Sharon
Upload Your Memory View All Memories
Be the first to upload a memory!
Share A Memory